09:32:00
New Delhi: US Republican presidential nominee Donald Trump will address a rally of Hindu-Americans in New Jersey on October 15 and half of the proceedings from the event will be used for the benefit of Kashmiri Pandits. 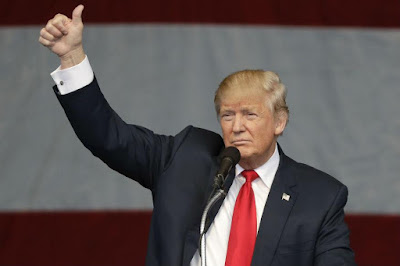 The founder of Republican Hindu Coalition (RHC) Shalabh Kumar on Friday claimed that this is the first of its kind event where Trump is scheduled to address only one specific ethnic community.

This is a charity concert organised for the benefit of terror victims in various countries...The 50 per cent of the proceeds from this concert will go for the benefit of Kashmiri Pandits in India," Kumar told reporters here. Kumar is also Chairman of Indian American Advisory Council to the Republican Party.
Share on Facebook
Share on Twitter
Share on Google+
Share on LinkedIn