11:20:00
The Oculus Touch will be available for the Rift on December 6th for $199, the company announced today. Preorders open on October 10th. The controller bundle will come with two titles — VR Sports Challenge and The Unspoken — and a second camera users can put in their player area. A third sensor that'll allow the Touch controllers to room-scale. That sensor will cost $79 and will also ship on December 6th. For comparison, the Vive costs $800 for room-scale. 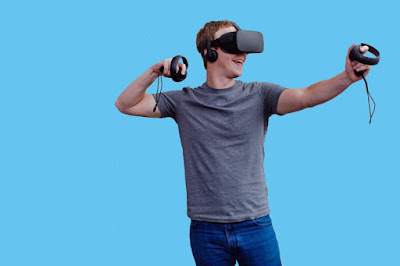 The Rift costs about $880. Brendan Iribe, CEO of Oculus VR, described the controllers as players' "interface to the virtual world."Oculus's Input API works with three different devices, including Touch, so developers can create one game but players will have options for how they want to play. Oculus Avatars in VR are also launching along with the Touch. These Avatars can be customized to create "billions" of character permutations. Oculus says they'll become the "foundation of your identity in VR."Oculus also previewed a standalone VR headset that wouldn't require an external tracking camera and a new VR web browser called Carmel. The browser will run on any VR device.Developing. Check out our Oculus Connect 2016 live blog for the latest updates and our VR hub page for all the news!
Share on Facebook
Share on Twitter
Share on Google+
Share on LinkedIn