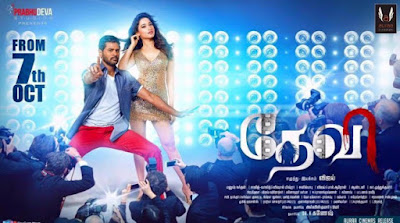 Tamannaah Bhatia will reportedly be seen essaying the role of an actress in upcoming trilingual horror-comedy “Devi(L)”, which also stars Prabhudeva and Sonu Sood. The film is being simultaneously shot in Tamil, Telugu and Hindi. “Yes, Tamannaah plays an actress. However, there’s a nice twist to how she becomes an actress. Although this is a comedy flick, the horror angle has been treated in a way that it will take audiences by surprise,” a source from the film’s unit told IANS.
Share on Facebook
Share on Twitter
Share on Google+
Share on LinkedIn